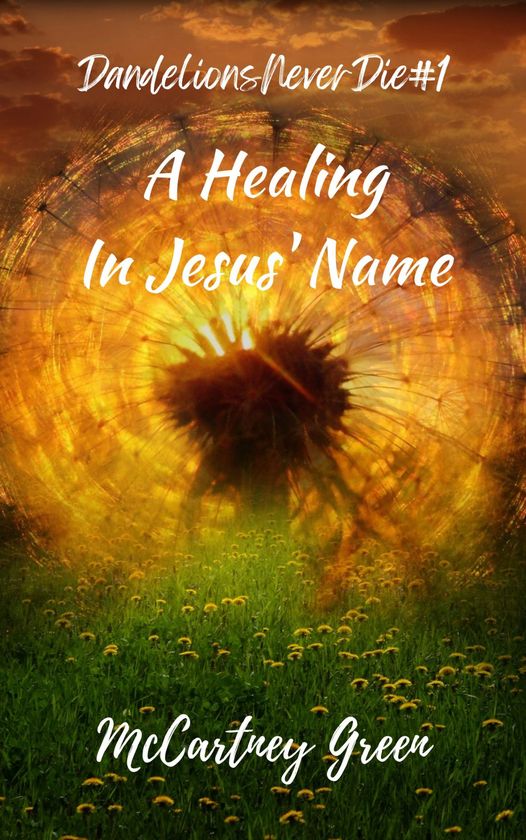 God has a plan. When Shelley, a young mother, is surprised by a random act of violence, her life turns into a prison of fear for which she cannot find the key. Yet when she takes one small step to help herself, God's plan begins to unfold.

Eric has known God since he was a small boy trapped in a cave where he was visited by an angelic messenger. His life is dedicated to serving God, so when he begins having dreams about a woman in peril he sets out to search for her. However, when he finds her, things do not go as he planned.

Evil asserts itself, causing extensive damage, yet miraculously, that evil is the catalyst for unlocking the door to Shelley's prison. God does indeed work in mysterious ways.

This is a Christian novel, but it is no fluffy Hallmark romance. (Though I love me some Hallmark movies!) This story, and subsequent stories in the series are about real, gritty, issues that people face, and how Psalm 18:4-6 is real and true:

“The sorrows of death compassed me, and the floods of ungodly men made me afraid. The sorrows of hell compassed me about: the snares of death prevented me. In my distress I called upon the Lord, and cried unto my God: he heard my voice out of his temple, and my cry came before him, even into his ears.”
BUY NOW Twelve-year-old Caroline found a true friend when she found Toby. Even as a young teen, he recognizes the signs of abuse. For a brief moment in time he becomes Caro’s knight in shining armor. Caroline begs Toby to keep her secret and he swears he will, until they are torn apart by circumstances beyond their control.

Fifteen years later, Caro believes she has put her past behind her. Now a southern girl struggling to survive in the New York jungle, she steadfastly makes her way through each day, dealing with life’s problems, which includes her lowlife landlord. Caro doesn’t know God, but He knows her. She deals with her problems the same way she deals with everything, without complaint, straightforward, one foot in front of the other. Unfortunately, Caroline discovers she has not put her past behind her. But God has a plan.

Country music’s most eligible bachelor, Toby Nash, doesn’t even realized he’s stopped believing in love, at least not the kind written about by poets. And then, he runs into his old childhood friend in the most unlikely of places. Stunned to find the girl who’s haunted him for fifteen years, he realizes why he’s never found love.

Vanquishing both old and new demons together, they learn about life, about sacrifice, about survival and eventually learn to believe in love again. Through the trials they face, and the mistakes they make, they learn that God indeed has a plan.


Author’s Note: #2 in the DND series covers many issues including child abuse, rape, alcoholism, incest and mental illness. My intention is not to dwell on these negative things but to help those who have been touched by these things by pulling them out of hiding, shining a light to expose them,  and hopefully bring the injured parties closer to God through His healing light. My intention is to remind everyone that real love does exist. It is beautiful and it is possible, for we can “do ALL things through Christ who strengthens us.”

“When his disciples heard it, they were exceedingly amazed, saying, Who then can be saved? But Jesus beheld them, and said unto them, With men this is impossible; but with God all things are possible.”
Matthew 19:25-26 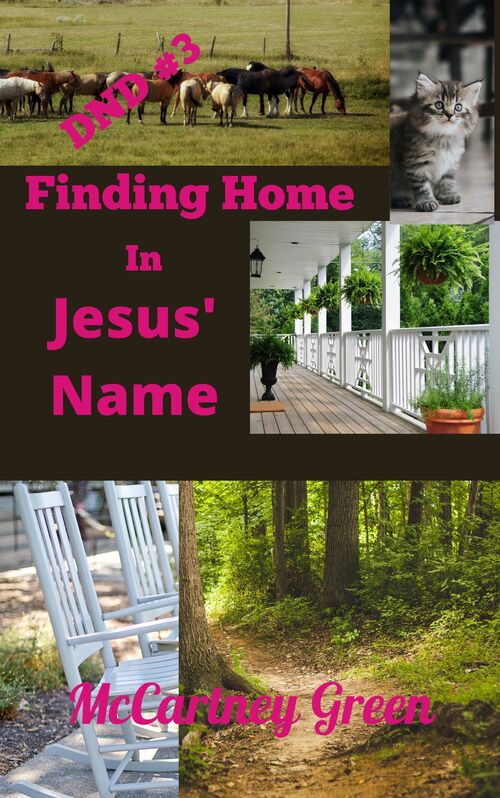 Stunned by her own mother’s unbelievable betrayal, Lisa Lewis, begins a mad dash across the country searching for a home she's never known. Near the end of her long journey, on a lonely country road, she brazenly walks right into the middle of Chaz Stewart's cattle crossing and changes both of their lives forever.

Chaz Stewart, military veteran and ex-paramedic for the county, lives in a world of hurt and pain. He helps run the family ranch, forcing himself to deal with life the best he can. And then, he comes across a fiery, red-head in need of being rescued. But does he rescue her, or does she rescue him? God is so amazing.

Lisa has never known a real home, or family, or even understood how most people live and interact with each other. And she has definitely not known God. Chaz, who grew up going to church every Sunday and Wednesday night, who’s loving family has been there for him every step of the way, cannot find his way out of the darkness.

In the small town of Pine Forest, Lisa experiences the wonders of home and family for the first time in her life. But somebody isn't quite so happy about her arrival. What begins as dangerous pranks turns quickly into life and death struggles and Lisa learns that real families stick together through thick and thin. More importantly, her discovery that God is real leads Chaz out of the darkness and into the light Martial arts superstar, Ricky Kino, is unhappy with his "playboy" style of life. He makes three decisions: Get back to God, get back to his foundations, and to go after what (and whom) he really wants. Coincidentally, the moment he gets home, strange things begin to happen, things that begin to tear the Kino family apart. But God’s timing is perfect.

A phantom from the past asserts himself into the Kino family, intent on destruction. Seeds are planted and weeds grow rampant, trying to break apart and destroy the firm Kino foundation. Ricky must step in and take control in order to save his family and protect those he loves most in the world.

Welcome back to the Kino family. This one is a fun and wild ride that will motivate and inspire everyone. Discover how facing trials and tribulations can either destroy us, or make us powerful. How we choose to handle what God presents us with will determine the outcome. We can be God’s warriors. God is with us.


“Weeds Grow rocks. First, I love the way Eric’s and Shelley’s story continues to grow. Ricky is definitely all grown up and more devastating than ever. So many twists and turns all over the place I feel as if I’m in a high speed car chase. Loved this one!”
~Eryn Clements~


“After finishing the fourth McCartney Green novel, I still can't get enough. The characters have touched my heart. I feel as if I have lived the events right along with them. Everything is so real. McCartney, you are amazing!”
~Amy Goulding~

DND #6 The Worth of Souls-In Jesus' Name Mark and Joey Adams, sons of Shelley Kino and stepsons of Grandmaster Eric Kino, have grown up and are taking the world by storm. Both men of God, both strong and and striving to do God’s will. Mark, a fledgling attorney and part-time martial arts instructor for the Kino schools, and Joey, Ameritech Security’s top agent, usually end up doing everything together, so it’s no surprise when they become interested in sisters. It’s also no surprise that their relationships throw them into a world of intrigue and violence. Their training under the Kino umbrella comes in handy as they come face to face with the dark secrets that threaten to destroy those they love. Though we don’t always understand God’s plan, we can rest assured that He is still working like He did back in Biblical times.


“I wondered how McCartney was going to fit both brothers into one book adequately. I should never have doubted her. She hits, once again, on some sensitive subjects and also teaches us that not everything is black and white all the while entertaining me with action-packed suspense. Loved it! Wow!”
~Kristel Carey~


“Oh, yes, I knew Mark and Joey were going to grow up to be like their role models, hunky, deadly, sensitive men who aren’t afraid to make things right. So enjoyable! And I love Bella and Breez, totally likeable characters. Oh, and the kids... I can see more books!”
~Eryn Clements~


“Amazing! I couldn't put it down. It's impressive the way McCartney pulled me in. The moment I started reading she took me into another world, one that isn't perfect. Yet we learn that love and family can overcome even the worst obstacles. I love the characters and McCartney takes you to the edge of reason as they try to decide whether to cross those fine lines of morality. I absolutely enjoyed every minute of this story!”
~Sandra Lindsey~

“As usual, I really enjoyed the book! Every book in The Dandelions Series is the best one. Now, I am truly looking forward to reading about June flower, our little psychic! I find her to be my favorite character.”
~Becki Kelly~