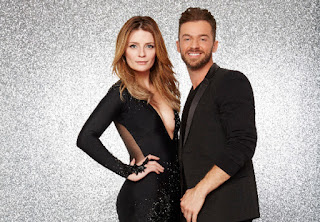 DWTS Episode 3 theme was most memorable year for each star. This night on each season is usually full of emotion and gives us a glimpse into each of their lives. Last night was tremendous. I heard some wonderful, amazing, lovely and sad stories and I’m looking forward to sharing them with you!

One of the very best things I love about this show is how supportive and loving the cast is to each other. I think it makes the show so very high vibrational and it just makes me smile in my heart!

1) First to dance was Ginger and Val who performed a contemporary number to Phillip Phillips’ Home. Ginger’s most memorable year was 2013 when she met the man whom she would marry, Ben Aaron, at the fountain outside New York City's Lincoln Center. They fell madly in love and apparently that fountain has been a part of their relationship every since. (First kiss, etc..) Ginger did a great job with her number. I always love the contemporary dances and this one was no exception. Though it wasn’t perfect, it was beautiful. Well done Ginger Zee! (Her name just demands you say  both sometimes, lol!) Their scores 7  - 7 - 7.

2) Doug and Karina performed a Waltz. He chose 2015 as his most memorable year and with good reason. His emotions were raw as he told the story. His father had been ill and finally passed away. His mother then rose and crossed the room, approached his father and kissed him on the forehead, and then, she simply fell forward and “was gone.” When I heard this story I was blown away. He said he just wanted to make them proud. Still trying to prove himself, even to them. My heart went out to him. Their waltz was much better than I thought it would be. He put a lot of effort into making it smooth and graceful.  Great job! Their scores 7 - 6 - 7.

3) Kim and Sasha performed a Foxtrot to the old Facts of Life theme song. Kim chose as her year 1976, when she nervously auditioned for a Mrs. Butterworth syrup commercial. She was very intimidated by the large, highly competitive group who were there to audition, which included Janet Jackson. But her mom gave the 6-year-old a pep talk and she went for it and got it! That was the beginning for her career and it changed her life, obviously. Their Foxtrot was rock solid, graceful and well done. Len said it was like maple syrup, smooth and tasty. Their scores 8 - 7 - 7.

Coming back from the break we got to see a tiny bit of the awesome  jazz dance performed by troupe members Shannon and Hayley.

4) Von and Witney performed a contemporary number. As expected Von chose 2016 as his most memorable year, the year he and his team won the Superbowl and he was awarded the MVP. I loved the story about Von’s father not wanting him to play football and his mom sneaking him off to play on the weekends. Though once his father found out he was playing, he supported him. Even more I love that Von uses Phil Collins’ song, In the Air Tonight to get psyched up for the games. And even more than that, I LOVED the expression on Von’s face when Bruno describes him as a superhunk. They did a respectable job. The lifts were great!  Their scores 7 - 6 - 7.

5) Marla and Tony performed a jive, one of my favorite dances. Marla chose 1993 as her most memorable year as it was the year her daughter was born. I’ve gotta say, that Marla is such a darn classy lady, I just really like her. She is so positive and .... up. Her dancing to Happy is perfect. She was a little soft in energy, but, that’s just her and I like her. Their scores 7 - 7 - 7.

6) Antonio and Antonio and Sharna with a Foxtrot. Nope that’s not a typo. Antonio chose as his most memorable year 2007, a year he set college records (not the only year he did that,) and the year his first son, Antonio,  was born. Love how much Antonio loves his kids, (four of them) and how he’s vowed to be a great dad, something he knew very little about. Little Antonio performed with his Dad in the number and they all did a great job. Their scores 7 - 6 - 7.

7) Paige and Mark performed a Paso Doble. First let me say that I’m very happy to see Mark is feeling better and is back. That’s not to slight Alan who was awesome to come in last week and dance for Mark last minute. Paige chose the year 2014, when she won her first UFC championship. She went in against an undefeated opponent and won, because she truly believed she could. This was an amazing transformation after she was bullied so much in high school that she went from being a 4.0 student to never showing up for class. Bullying... I just don’t get it. But that’s another whole story. Let me just say, parents, check to be sure YOUR child is not doing that bullying. Some of you may be surprised. Back to the dance.... Mark’s choreography is always cutting edge and tonight was awesome. Len didn’t like it because it wasn’t the normal type Paso, but as Carrie Ann pointed out, it’s choreography like Mark’s that keeps this show moving forward. And as Carrie Ann also said, their number was “bad ass!”  I agree. If you just take time to watch Paige’s lines, her grace, her ease of movement, she is really a top-notch dancer. Their scores 8 - 7 - 8.

Jodi and Keo performed a Foxtrot. Jodi chose 2015, the year she came back to do Fuller House, as her most memorable year. She describes how she grew up on Full House from age 5 to age 13 and suddenly it was over. She felt like she’d lost her family, likened it to a death that she was unable to grieve. She fell into the depths of despair using drugs and alcohol. She’s been sober now, I think she said, 5 years. And then, they called her for Fuller House and she thought, “What a gift!”  I’m so happy for her, that she has been able to defeat her demons. I hope she continues to heal. Keo’s choreography for the Foxtrot, much like Mark’s, was out of the box and I love it. Their number was awesome and finally, Jodi is beginning to show what she can do on the dance floor. Their scores 8 - 7 - 8.

Coming back from break we got a glimpse of Jenna, Alan and Kiril in a powerful Paso Doble.

9) Mischa and Artem performed a Samba. Somehow I think Mischa got the news that she needs to focus on the good and not “the bad.” She chose 2008 as her most memorable year as it was the year that brought much change in her life. She actually smiled during rehearsal and during her number. Focusing on the positive made her performance much less painful to watch. I mean, let’s face it, she’s not great at dancing, so that’s when she needs to let the fun take over and just be grateful for being able to do the show. That seems to be what she did. Their scores 6 - 6 - 6. Later in the show, we discover that Mischa was the next to be eliminated. I hope she was able to learn from her experience and discover that “reacting” to a circumstance is not conducive to a happy life. She can “choose” to be happy and focus on the good things and that will bring her many more good things.

10) Wanya and Lindsay performed a Waltz to the National Anthem. Yep, you heard that right! Wanya chose the 1996 as his most memorable year. It was the year of the Atlanta Olympic Games. If you recall, there had been a terror attack during the games and Boyz II Men were singing the National Anthem in the closing ceremonies. Wanya says they just wanted to do a good job and make it beautiful for everyone after all that had happened. They nailed it and he said, it was then he thought they had truly arrived. So Wanya and Lindsay danced to that version of Boyz II Men singing the National Anthem. She had to come up with way to make it a Waltz and to give it a beat and she did an amazing job. Their dance was beautiful. Their scores 8 - 8 - 8.

11) Last but definitely not least, Nyle and Peta performed an amazing Tango! Nyle’s most memorable year was 2012. He’d been born into a deaf family and in 2012 he decided he wanted to discover the world. He traveled without an interpreter and became fearless. He is amazing and Peta too is amazing and their Tango was amazing! Top scores of the night... 8 - 8 - 9.

Next week is Disney week and Zendayah Coleman will be back as guest judge! Zendaya danced with Val in Season 16 and was fantastic! She is adorable for sure! 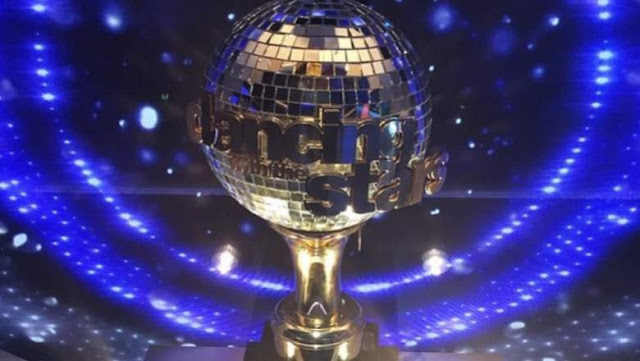