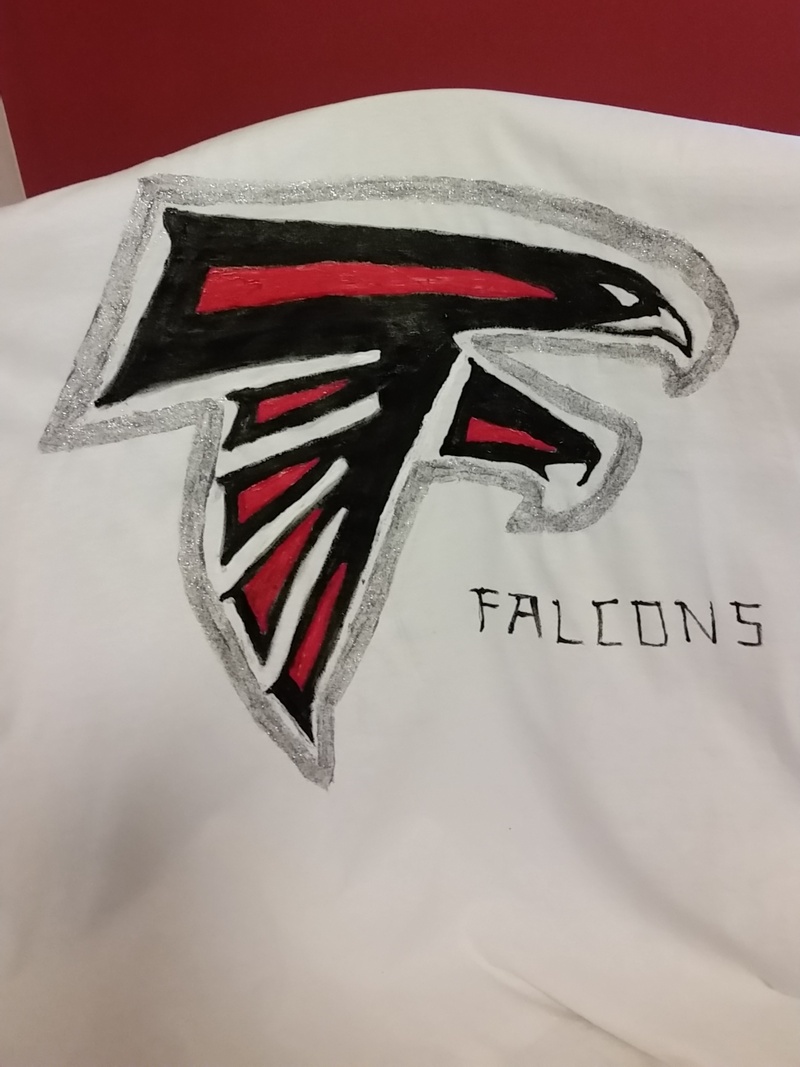 Super Bowl Sunday. Such a fun day. This playoff season and now the Superbowl has been more fun than usual for me because I really liked three of the teams, Falcons, Cowboys and Patriots. I was sad to see the Cowboys lose out. But then my other two fav teams blew out their opponents to play today. Awesome! It's a win/win situation for me.

And it's not just the QB's that I like. The Patriots like to say they are a "family," and the way every single member of their team loves each other and works together is evident. Each member is utilized because each member is important. Same for the Falcons and their "brotherhood." Exact same thing. It would be so cool for them to finally go back to a Super Bowl and to win!

Either way, I'm happy, as long as they each play well and don't make stupid mistakes and don't just hand the game off to the other. I'm looking for a well-fought battle, and I think it will be.

All that being said, I wanted to get a jersey to represent either of "my" teams and alas, there were none to be found, so....I made one. Patriots on the front...and Falcons on the back. Okay, so I'm not an artist but I didn't too badly for painting free hand.

Side note: You will notice that I used Super Bowl and Superbowl, for apparently, there is an "American Spelling Crisis" about this very thing. Superbowl, Super Bowl, brotherhood, family, Brady, Ryan, Patriots, Falcons... best, best. Have fun, be safe.