I want to keep up my blog. Seriously, I do. But there just isn't enough time in the day to do everything I need to do. Then... I read a "blog" about using what you've already written several ways. For example, write your speech, use part of it as a video and also in your blog. I've struggled a bit, even with that, so I was thinking of material I already had, and of course, my books came to mind. So, this will be an experiment of sorts. Let me see what happens if I post parts of my books, not very long parts at all, as a blog post. Should I post them randomly, or in order, as a book? I'm not sure, but maybe someone will have an opinion. So then, what follows is the opening scene in Dandelions Never Die. It was a gruesome time for our Shelley and unfortunately, a time too many women know all too well.

Shelley struggled desperately against the large hand braced against her chest, pressing her down into the soft bed of pine straw. She whimpered as she strove to free herself from his grasp. Even though she fought with every ounce of strength in her body, it seemed he held her down effortlessly. How could he be that strong? Or maybe it was how could she be so weak?

His words brought her efforts to an immediate halt. Resisting was futile. Tears welled in her eyes as she accepted her fate. It was really going to happen. This wasn’t some news story on TV. It’s really happening and it’s happening to her, here, now, in the bright sunlight.

No one would’ve held this man suspect. He wore expensively tailored slacks and shirt, a businessman by all appearances, who'd struck up a friendly conversation with her as she'd walked in the middle of the afternoon. She hadn't questioned it. Several regulars walked the peaceful paths of the nature preserve during their lunch hour to breathe fresh air and grab some exercise. “A nice walk after lunch before returning to the drudgery of the office.” That's what he'd said. She'd smiled at him, commented on the beautiful weather.

“What? That's it?” he asked, derision in his voice. “That’s all the fight you got? That's because you want it. Secretly, you know you do. All women do. I know your secrets. How does that make you feel? Huh?”

Her entire body trembling with fear, she looked up into his glazed eyes, hoping to see a shred of compassion. “Please– please don't do this,” she begged. “Please don't.” Her voice whined, as if that of a child's and she hated it. She hated him. Mostly though, she hated herself for being weak, for sounding so pitiful and for begging.

Shelley frantically tried to think, searching her mind for some small bit of information she may have picked up on TV or in a magazine about self-defense. But nothing came. Should she fight or be passive? Which one would preserve her life? My life! For the first time the thought crossed her dazed mind that she might not live through this. Oh God, is this guy crazy enough to kill me? What can I do? She had no time to decide.

Slowly, her mind began functioning again, her first cognizant thought being that she was indeed, still alive. The second was of her kids. The two youngest were in after school care and would be okay until she arrived, but her eldest would be home from school soon and wondering where she was.

Brain numb and hands shaking, she struggled to her feet and began gathering the remnants of her clothing– and her mind. She dressed, holding her shirt closed in her fist and began the frightful walk back to civilization along the path of the nature trail she’d taken. A trail that should’ve been safe in the middle of the day. A trail to which the local school brought children on field trips. A trail she’d once loved to walk and breathe in the rich aroma of earth and trees and flowers. Now, a trail where a complete stranger had assaulted a woman in broad daylight. Her stomach turned. Assaulted in a public park in broad daylight. There was shame in that and she felt it deep within her soul. 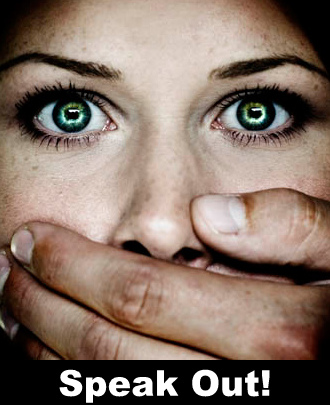