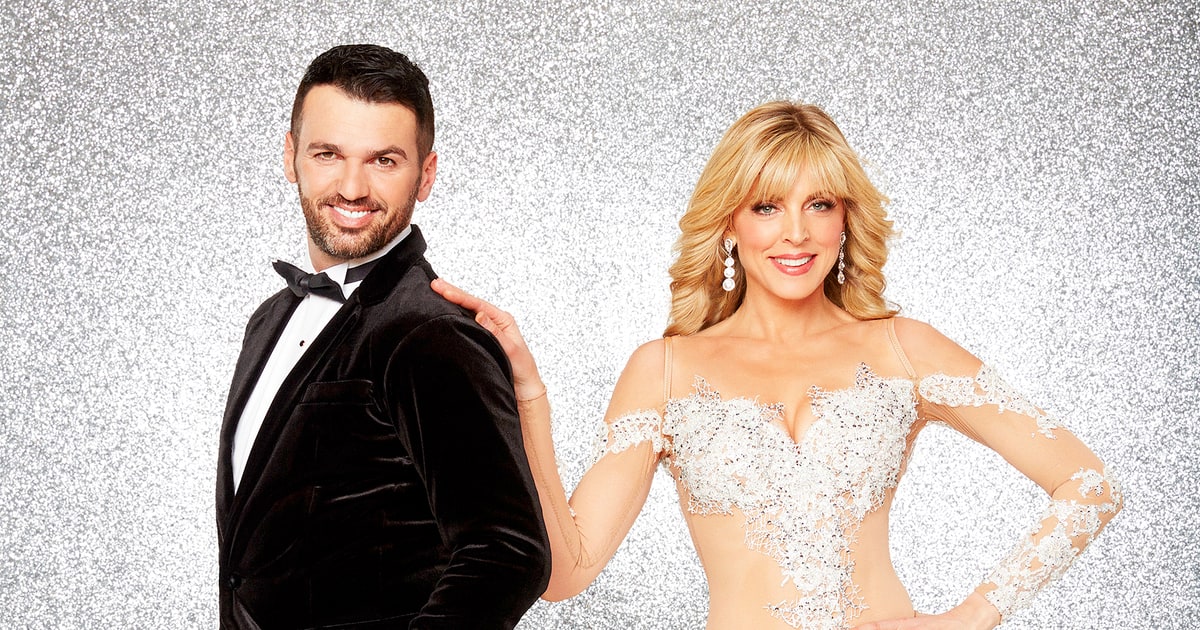 I suppose I should start with an apology for not writing about the past two weeks. Life got busy and I had to let something go, and of course, that would be my “guilty pleasure.” However, I’m going to try to make it up to everyone today.

Last night’s show was awesome. I love when they reconstruct iconic dance numbers! Though, I have to say, I sure missed Derek. I still think that he and Mark Ballas are the most amazing choreographers.

First up last night were Kim and Sasha who performed a fantastic Jive from Hairspray. It was really well done and I could tell Kim was having a great time. I could also tell she was disappointed that they got three 8's. Bless her heart. I have to agree with the judges. It really wasn’t sharp enough to get nines. But don’t give up Kim, you can obviously dance! It would probably help if she wasn’t dancing on tiny stress fractures in her ankles, ya think? The week before during the “switch-up” night, Kim danced a Viennese Waltz with Keo and the judges jumped all over Keo for not dancing in “hold.” Keo said he was so large and Kim so small he was trying to compensate for that. Good try, Keo. I thought it was lovely. Those scores were 8 - 6 - 6 - 8 (Max was there as guest judge.) I first decided Kim could really move however, the week before during “Disney” night when Kim and Sasha did a Quickstep to I Wanna Be Like You from the Jungle Book. Those scores... four 8's. (Zendaya was back as guest judge.)

Second up, Von and Witney. This was my big surprise of the night. Von did a great job with MJ’s Bad. You might think, how could he go wrong with such a great dance number, but when you’re big and not used to intricate work, it can be difficult. Last night showed he can actually dance. They received all 8's. The week before, switch-up week, went badly for most everyone and Von and Lindsay’s Jive was no different. Len and Max judged pretty harshly. Their scores, 8-7-7-7. Disney night Von and Witney performed a really nice Viennese Waltz from Cinderella. They were pretty and so were their costumes. Those scores, four 8's.

Third up, Jodi and Keo performed a contemporary number of Pink’s video, Try. It was amazing. Jodi, like Kim, was injured but fought through it. They struggled a bit on one lift, but it was still really, really good and I’m so proud of Jodi, and I just really like Keo. I even liked how he got upset after the dance with Kim the week before when they fussed at him about not being in hold. He’s a passionate guy. Anyway, this week Jodi and Keo scored 9-8-8. The week before, Jodi danced a Paso Doble with Val. They were one of a few who received good scores that night and those scores, 9-8-9-9, were well-deserved. On Disney night Jodi and Keo danced a Samba to Zootopia. I loved it even though Jodi was upset that she messed up. No biggie. Those scores, 7-6-7-7.

Fourth, Paige and Mark were AAMMAAAAZZZIIING doing the Austin Powers opening jazz number. They had originally planned to do something else but it got pulled due to legal complications so they had to start over. Their number was the best. My husband happened to look up from his computer to watch this number and said he thought Paige was the pro. Yep, she was great though I don’t think anyone, (except for Max last week,) is giving her enough credit yet. No one ever talks about her as the “one to beat.” To me, she is right up there with Wanya and Nyle. Last nights scores, 9-10-9. The week before Paige danced a Rumba with Sasha. It was beautiful and her lines were perfect. But, she smiled too much I guess. The Rumba is supposed to be an intensely sexy dance. They scored 8-8-7-8. On Disney night Paige and Mark performed a magnificent Quickstep to Toy Story’s You Got a Friend in Me. It was “To infinity and beyond!” They received all 9's!

Fifth, Nyle and Peta danced a Quickstep to Hey Pachuco from The Mask. The costuming was so great, you really couldn’t even tell it was Nyle under that mask. Nyle always dances well, but this one was a little sloppy and he was a little off. I was just telling my husband last week that I think he is usually so in sync with his partner because he really has to zero in on their every nuance. But tonight, that didn’t happen. Also, he got a little over-confident, and that’s always a precursor to a fall. They scored, 8-8-9. The week before on switch-up night, Nyle and Sharna danced a beautiful Viennese Waltz almost perfectly! 9-10-9-9, one of the few high scores for that night. On Disney night Nyle and Peta danced a cute Samba to Tarzan’s Trash the Camp. 8-8-9-9.

Sixth, Ginger and Val danced a jazz number to Janet Jackson’s Nasty. I thought Ginger did an awesome job. She can obviously dance, but needs to be a little more precise in her movement. I could tell she was disappointed in her all 8's, but I think those scores were low because, she just can’t be, “nasty.” Her bright smile during the number took away from the intensity she was supposed to express. The week before Ginger and Mark danced a bright yellow saucy Salsa and she got four 8's. On Disney night, Ginger and Val performed a Foxtrot to Belle from Beauty and the Beast and it was FANTASTIC! They received all 9's! Don’t be discouraged Ginger, you’re doing great!

Seventh, Doug and Karina performed Bollywood from Slumdog Millionaire. He did a great job and obviously was having a blast! It was his last dance because at the end of last night’s show Doug exited the show. But he did a credible job and I really grew to respect him even more, not so much for the dancing, but for who he is on the inside. They scored all 7's. They also got four 7's the week before when Doug danced a Tango with Peta. On Disney night Doug and Karina performed a Jazz number to Spoonful of Sugar from Mary Poppins. It was, well, a good try! They received four 6's.

Eighth up, Wanya and Lindsay danced a “Jazz” number from Nsync’s Bye Bye Bye. As usual, Wanya delivered an almost perfect dance. He was awesome, and their scores reflected it, 10-9-10. Almost perfect! The week before Wanya danced with Lindsay’s best friend, Witney and did a great job, but Len and Max thought there was too much movement “up top” for the Tango. They scored, 8-7-7-8. Disney night Wanya and Lindsay did an awesome Samba to Lion King! 8-9-9-9.

Last up last night, Antonio and Sharna received three 9's for their production of Footloose! I’ve always loved that number. It just makes you want to get up and dance! I think Antonio struggled a bit with it, but the scores say differently. There was a little bit of an uncomfortable feeling because his partner, Sharna, the week before said she thought Wanya may win and that upset Antonio. He wants her to be totally loyal and believe in their own team, and I get that, but I felt sorry for Sharna. She wasn’t being disloyal as much as being totally honest. I think she has a little more experience and logically, she “called it like she saw it.” However, I’m sure in retrospect she would take it all back, because she didn’t mean to show disloyalty to the “team.” The week before Antonio danced a ChaCha with Karina and received low scores, so that may have contributed to Antonio’s hurt feelings. 7-6-6-7. On Disney night Antonio and Sharna did a fantastic job dancing a Jazz number to Aladdin’s Never Had a Friend Like Me. Carrie Ann called Antonio a “smooth operator,” and he certainly was. Their scores, 9-8-9-9.

Not dancing last night or switch-up night because they went home after week four, was Marla and Tony. On Disney night they a very pretty Waltz to Little Mermaid’s Part of Your World. Both Bruno and Carrie Ann commented on Marla’s natural elegance. I agree. Still, she only received four 7's. I wish she could have stuck around a few more weeks because I love when older women come out and show that you’re never too old. Oh well. Thank you, Marla.

So that’s it. Next week, I think are the team dances and I think they are going to do guys against girls. Not sure if I like that, but we’ll see how it goes.