You believe your protests against the separation of families is based on some kind of loving righteousness. After all, those poor children are crying for their mommies, something that tears at the heart of any good person, right?

You believe your protests calling to abolish an entire law enforcement agency, ICE, is based in some kind of loving righteousness. After all, they must be monsters to be taking these children away from their parents, right?

You believe your protests to take away the citizens’ right in this country to bear arms are based in some kind of loving righteousness. After all, guns are killing innocent people, right?

You believe your women’s marches to demonstrate against the President of the United States is based in some sort of loving righteousness. After all, this man has bragged about his prowess with women using base disgusting words, right?

You believe your protests to not allow certain people to dine with their families or watch a movie, or walk about in public to based in some kind of loving righteousness. After all, these people are terrible people who don’t deserve any kindness, right?

It seems you are earnest, sincere people who are willing to gather together and let your voices be heard, right?

Wrong. Wrong in all aspects.

When your protests are violent and filled with hatred, then you are wrong.

When your protests are base and ugly and filled with hatred, then you are wrong.

When your protests are anything but peaceful and you engage in screaming and shoving and spitting and slapping, and grabbing hats off kids and throwing drinks in their face, you are wrong.

When what you are protesting is based in manufactured lies to get to you to do what you are doing, then you are wrong. You are all so, so wrong.

I want to say shame on YOU. Shame, shame shame. But I am trying to love you. I am trying to find the love in my heart for you, as if you were simply misled. Trying to keep the words of Jesus in my mind when He said, “Forgive them Father for they know not what they do.”

And then I thought, maybe I should let them know what they do.

Here it is. When what you do is based on a lie, then it is woefully wrong.

There is a man who has taken up residence a little ways away from the White House who has been manipulating you, you liberals, progressives, Demoncrats, Socialist, communists, anyone other than American Patriots. His current name is Barack Obama. He, along with George Soros, (a Hungarian billionnaire,) the Rothschilds, the Clintons, the Vatican, yes, the Pope, and many others have been setting up and financing all of these protests and demonstrations all over the country. They use the media to tell you lies, like showing you children crying in cages, to get you all riled up, and then they organize these demonstrations all over the United States. And you, in your ignorance, fall right into line, allowing yourselves to be manipulated. Everything you think you are doing in righteousness in based on a lie.

You can no longer believe the mainstream media news. They deliver lies mixed with a little truth in such a way that they can make you believe anything. They don’t expect you to do your own research and find the truth. That takes too much effort and they know you won’t make that effort. So they tell you what they want to tell you and you believe them. Why would they do that? Because they are owned and operated by George Soros AND other entities who are in league with him.

Once the news tells you the lies, then the Democratic leaders and ignorant celebrities urge you into your protests and demonstrations. And you fall right in line. You comply. And those who manipulated you into it, sit back and smile. That was easy.

Don’t make it easy for them. How can you keep from being manipulated?

Do your own research.

Stop having a mob mentality. That means think with your head, not with your emotions. Stop allowing someone to prod you with the stick of righteous indignation and you run out immediately and take action.. Think. Use your brains. Question what you are being told. And well you should because most of it is lies.

The children being separated from their families was a lie. Oh, there are some who are, but they are not ripped away from them and put in cages. THAT was Obama’s legacy, though you are too blind to see it. As Ben Shapiro wrote... “Immigrants who come to points of entry to seek asylum aren’t actually illegally in the country – they’re not arrested. They’re processed through ICE, and their children stay with them. If, however, illegal immigrants cross the border illegally, the Trump administration now treats them as criminals. If they choose deportation, they aren’t separated from their kids; if they choose to apply for asylum, they stay in the country longer than 20 days, and their kids have to be removed by operation of law.” The rest of his report here.

Don’t want to hear it from Ben Shapiro? Fine, there are plenty of other sources our there. Find them. Do the work.

The call to abolish ICE agents is based on a lie.

The florida shooting was manufactured by Obama/Clintons/Sheriff. Oh, it was real, but it was coerced into happening. Open your eyes and read the reports. Why did they manufacture a school shooting where real kids were killed? They know that to take over a country you must first disarm the people and the best way is to get ill-informed people all worked up emotionally. Look how many people immediately jumped on the bandwagon. And I’m not talking about the kids like Hogg and his cousin. They were in place and waiting for it to happen. If you think disarming the public is the answer then you are truly ignorant because bad guys don’t follow the rules. Good guys with guns are what make our nation strong.

Now, about the President’s misogynistic statements. Obviously, he really said what he said. My question is why is it so horrible to you? I call bullshit. Every single man I’ve ever known has made statements like that, if not those exactly then similar ones. They talk that locker room talk, they brag about what they have done or would like to do to some woman. And women, get off your high horse, because you do the same thing. You say stuff like, “I’d hit that.” Or, “I’ll have one of those.” “I’d have his kids.” Or, you might wonder about how he’s “hung.” So get over yourselves.

You’re all pissed off about something a man said a decade ago before he ever thought he would be President. Yet you’re not pissed off that a man when he was president took advantage of and sexually harassed a young woman, and assaulted other women, and becuase of his power and because his wife came against those women, he was able to get away with it. I cry BS.

No one said this man, Donald Trump, was perfect. He is not a perfect man. But he is a strong man, a determined man, an honest man and he has changed since he said those words and he has come forth to try to help our country stay a country. He didn’t have to. He already had a great life. He had already accomplished great things. He had no reason to go from his easy, billionaire lifestyle to the burden of being President. He did it because he loved his country and realized he was losing it to the New World Order. He did it out of love for his country.... which is YOUR country too. I could go on talking about all of the things he’s done so far that have helped save our country, but this is not about that. It’s about telling you that your ugly protests, where you degrade yourselves and scream ugliness and hatred is much worse than he ever said to a friend in confidence. I am ashamed of you women. Your protests are based, not in love or righteousness, but in hatred, and ugliness. And I think it shows YOUR true colors. You are base and dark and ugly. And if you don’t want to be known as that, then you need to change your actions.

And so, to all you ignorant people who think communism and socialism are good things, who riot in the streets and damage property and infringe on other’s.... Shame on YOU.

Shame for allowing yourselves to be so easily manipulated. Shame for not keeping your cool and looking into finding the truth. Sit back and think. And you’d better do it soon. Because the world is about to become very ugly and you want to be found on the side of goodness, the side of righteousness, the side of God. And yes, there IS a God, He is Real. So, stop scoffing in your condescending little attitudes, because those who understand that there is a power beyond our understanding will have the last laugh. Only, we won’t be laughing. We will be crying for you. Because we love you. God loves you. Jesus loves you. Now get serious and start looking for answers. They will come. 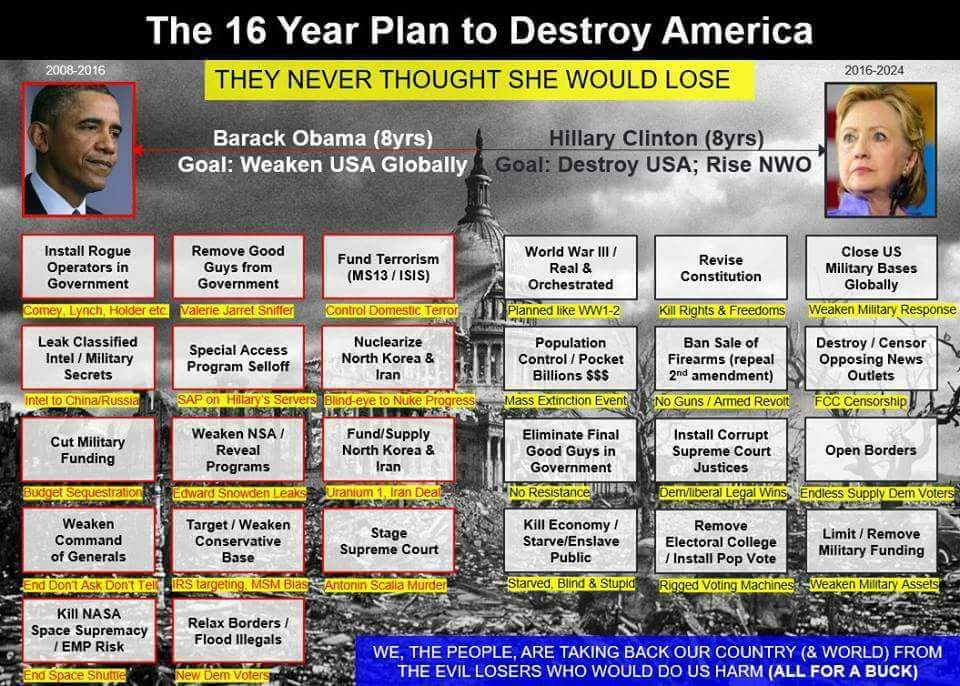